We are all too painfully aware that we’re in the midst of unprecedented times. The COVID-19 pandemic has us ‘locked down’ at home, with no contact with family and friends who don’t live with us in our own homes.

Many of us have the joy of a garden (some large, some small, and most somewhere in-between); and some might have a balcony or a window-box. But for others, no garden of their own might have meant frequent forays to any number of gardens previously opened to the public.

Over the past two weeks I have ‘unlocked’ the garden gates of Stockton Bury Gardens and Borde Hill Gardens, where the curators/owners/head gardeners have sent me exclusive pictures of their beautiful ‘locked’ gardens right now, in spring.

This week, once again, I unlock the gates of a personal favourite local garden; Knoll Gardens.

Knoll Gardens first opened to the public in the 1970s, when it was known as Wimborne Botanic Garden. In 1994, the garden became the charge of Neil Lucas and John & Janet Flude. Under Neil’s particularly green-fingers, Knoll Gardens quickly became internationally recognised for its stunning collection of ornamental grasses. The essence of Knoll Gardens is the naturalistic planting of the grasses, woven in a pattern seemingly handed to Neil by Mother Nature herself. A regular visitor to the garden, I cherish the totally immersive experience of wandering around this incredible space. Thriving plant communities demonstrating first-hand the importance of ‘right plant, right place’.

Who looks after the garden:

Luke Al’Thor and a small team of volunteers.

Knoll Gardens has an undisputed, international reputation for its stunning collection of ornamental grasses, which are planted in a manner which mimics nature. The garden itself is a striking, living catalogue for the award-winning nursery.

Knoll Gardens might be best known for its wonderful, modern collection of grasses and flowering perennials, especially in late summer and autumn when displayed amidst a kaleidoscope of stunningly coloured trees and shrubs. There is, however, a lot of interest at this time of year. Spring bulbs especially and some of the glorious spring flowering, woody plants such as Magnolia ‘Jane’ bring so much to the gardens. Neil tells me “Magnolia ‘Jane’ is a lovely selection which produces dark pink-purple, tulip shaped flowers that are delicately, lemon scented. Like so many of its kind its flowers come before the leaves on bare stems, which only adds to the wow factor of the display.”

Neil tries to have something in flower every day of the year. Partly because it’s great to see flowers every day and partly to supply food for early-season pollinators; the garden is already seeing many bees, more than a few of which are nesting in cracks or crevices or indeed in the bee hotel!

Different, but still fabulous is Acacia pravissima, which whilst not really hardy needs siting away from cold winds and frosts, but in a sheltered spot rewards with a most enthusiastic display a bright yellow, pom-pom flowers.

A favourite of Neil’s is Melianthus major, which in a mild winter retains its stems and leaves pretty much intact. Neil says “This then allows it to produce quite stunning flowers that I never fail to tire of. Like many flowers, possibly, it is at its most seductive when just on the point of opening; the promise of good things to come!” 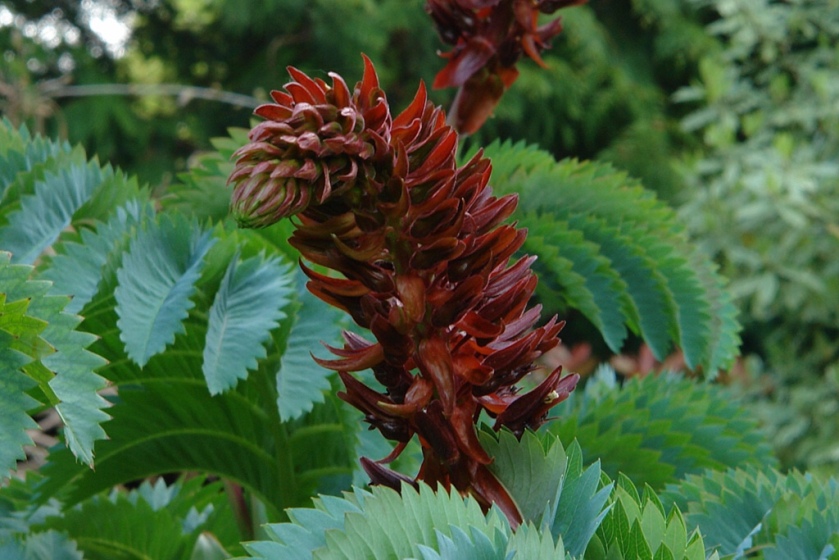 Neil says “Being Knoll there are a good few grasses! There are several experimental ‘meadows’ composed of sometimes native sedges, such as Carex remota which provide an informal, loose meadow feel, and at this time of year are alive with spring bulbs such as Anemone nemorosa and the purple checkerboard flower of Fritillaria meleagris. In the very difficult conditions of the gravel garden in full sun Ipheions have been in flower for some weeks and seem set to continue to do so.”

The significant new project is the new ‘dry’ meadow complete with rain gardens. While still empty soil at the moment, the many grasses and perennials intended for here are lined up waiting for their chance to get planted. 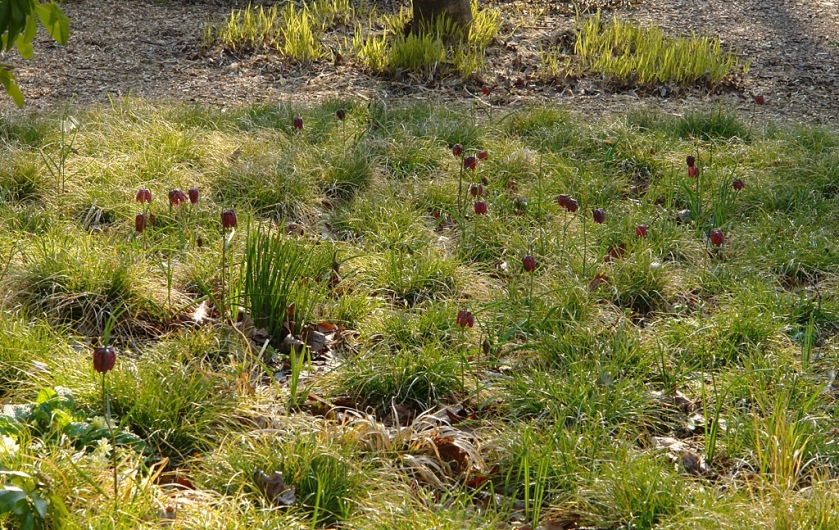 With special thanks to Neil Lucas for his time and for allowing me to use these exclusive photographs.

I will be unlocking the garden gates of another garden next week.